The best snorkeling places in Spain

The best snorkeling places in Spain

If you’re going snorkelling anywhere in the world, the crystal-clear waters of Spain are a must. A perfect marine setting to put on your goggles, snorkel and fins and start snorkelling. In our country you’ll find a multitude of natural spots all along the length and breadth of Spain’s beaches.

The most attractive feature of this sport is that you can connect with the underwater world without carrying an oxygen tank or wearing wetsuits. So you don’t need any prior preparation, let alone a trip to the Caribbean, to reaffirm that snorkelling in Spain is a complete pleasure for the senses and the summer climate.

6 exciting spots to snorkel in Spain

When you have the chance to see marine life in these warm, calm waters, snorkelling becomes almost a privilege. Snorkelling is one of the most popular activities for tourists who visit our coasts and, without a doubt, one of the reasons why they come back. If you want to enjoy this experience in one of the countries with the best weather, here are the best places to snorkel in Spain. 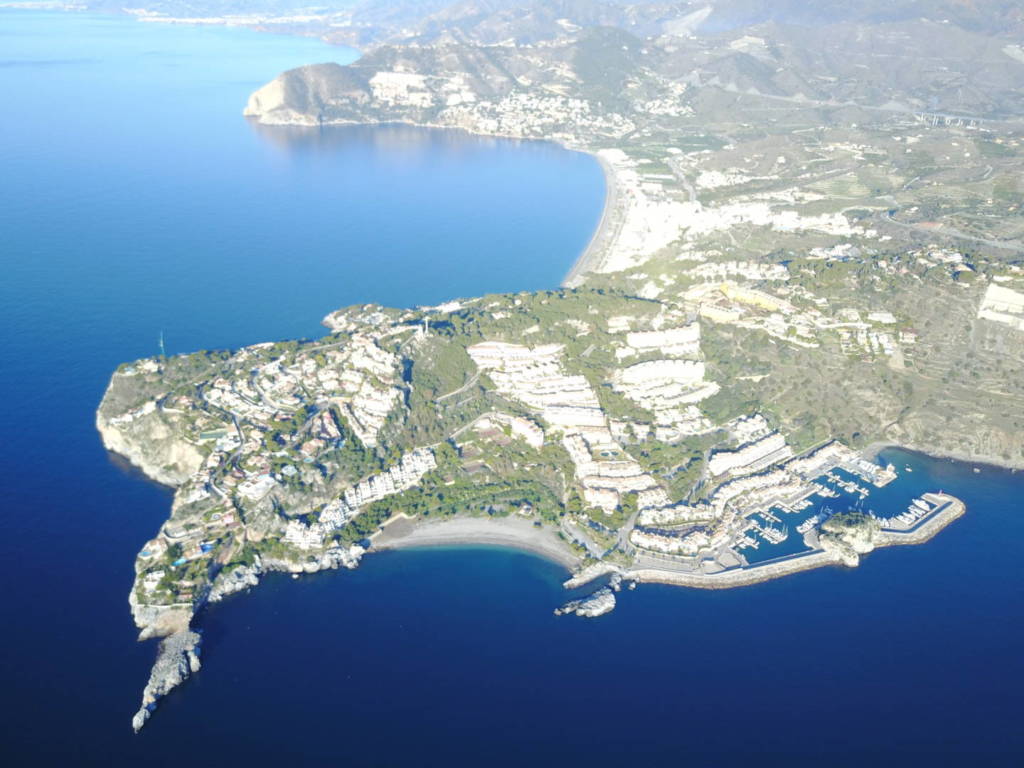 Of course, we have to start by talking about the jewel of the Tropical Coast in Granada, La Herradura.

The crystal clear water of its beach is lined with reefs, stones and boulders distributed over its famous grey and black sandy bottom, popular for its coarse texture and peculiar colours.

This area is populated by a thousand and one forms of life, which makes it a reference point for national and international diving. In Open Water La Herradura we will provide you the necessary equipment to enjoy the best snorkelling in La Herradura and live a more than exciting experience. Of course, you won’t be able to leave without visiting the well-known natural spots of Punta Mona and Cerro Gordo. 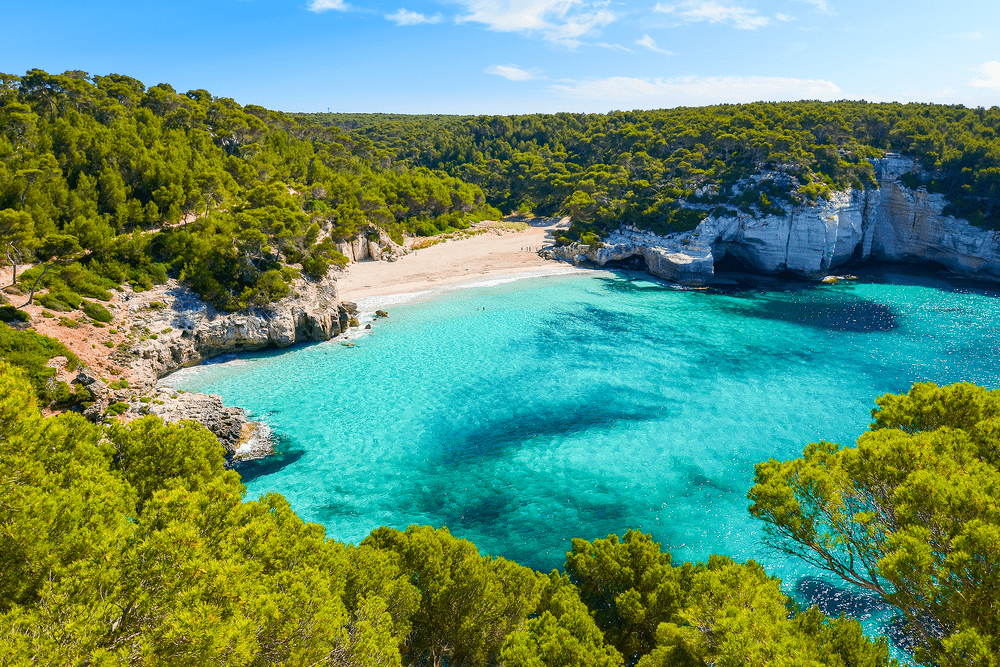 Spain has impressive natural attractions in the Balearic Islands, where there are plenty of ideal spots for snorkelling. One of them is the coast of Menorca. The marine landscape of its coves is dominated by rocky areas, posidonia meadows, a diversity of marine fauna, varied seabeds and sudden changes in depth.

The almost transparent water makes many of its coves some of the best places for snorkelling in Spain, including those in the north of the island, such as Playa de Cavallería, Cala Mitjana, Cala Pregonda and Cala Sa Mesquida. Aware of this, the areas offer organised routes and visits, including a snorkelling session in the Marine Reserve of the Bledas Islands.

However, the real snorkelling paradises in Menorca are to be found in the south. Such as Cala Macarelleta, famous for its emerald waters, and Cala Galdana, a very large beach, protected from the waves as it is framed by high cliffs. 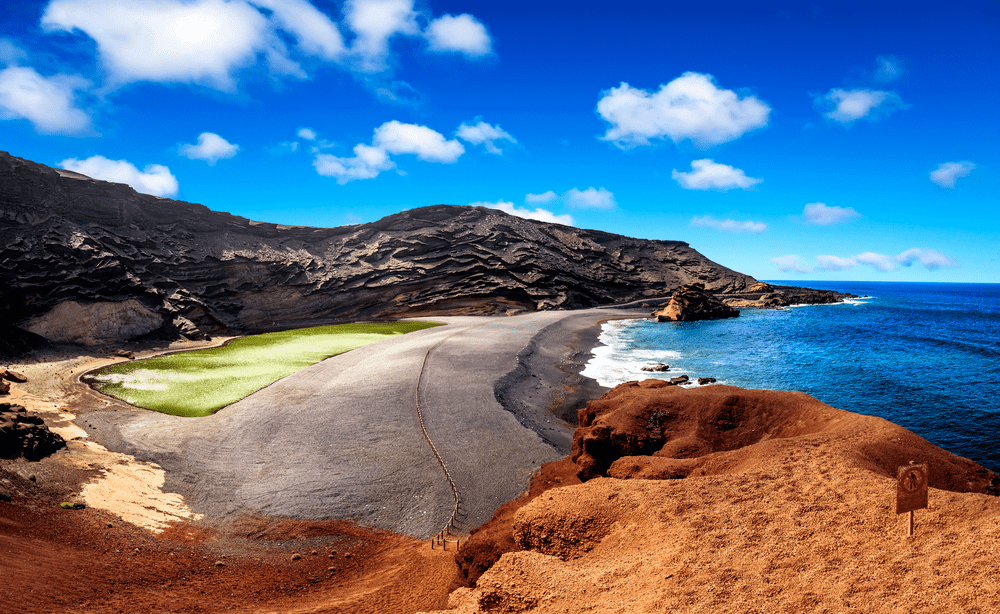 Lanzarote’s inland seascapes were declared a Biosphere Reserve by UNESCO in 1993. Since then, Lanzarote has been one of the best places to snorkel in Spain.

It is known for being the most easterly of the islands of the Canary archipelago and for being home to one of the most diverse and richest marine fauna in the world, and, fortunately, we can witness this by snorkelling; although you don’t have to dive too deep to see turtles, manta rays, tuna, cheerful dolphins and even sperm whales.

This jewel of nature is home to countless species of corals and all kinds of small animals that make it a privileged place and impossible to visit in a single trip. The snorkelling spots are distributed along its deep coral forests, reefs and its own Marine Reserve. 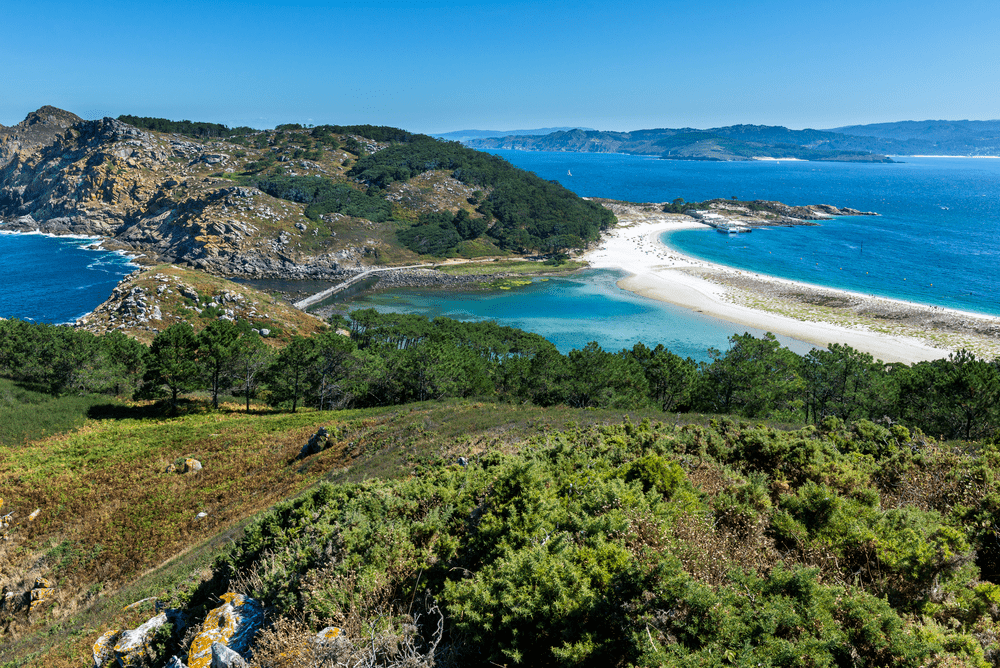 We go to the Galician coast, precisely to the Cíes Islands, where snorkelling is an eternal and surprising pleasure. Located in the north of the Iberian Peninsula, the Cíes Islands focus their attraction on the seabed, which, thanks to sports such as snorkelling, are becoming increasingly popular.

Snorkelling in Spain has raised awareness of the underwater wonders of Galicia, and has increased the number of people who come to the archipelago to see the richness of its aquatic depths, which make up 80% of the Islas Atlánticas de Galicia National Maritime and Terrestrial Park.

Snorkelling here will allow you to appreciate the extensive fauna that inhabits this diverse ecosystem, where there are many species of crustaceans, fish and molluscs, as well as starfish, brown algae, octopus, sole and even spider crabs, making it one of the best places to snorkel in Spain. 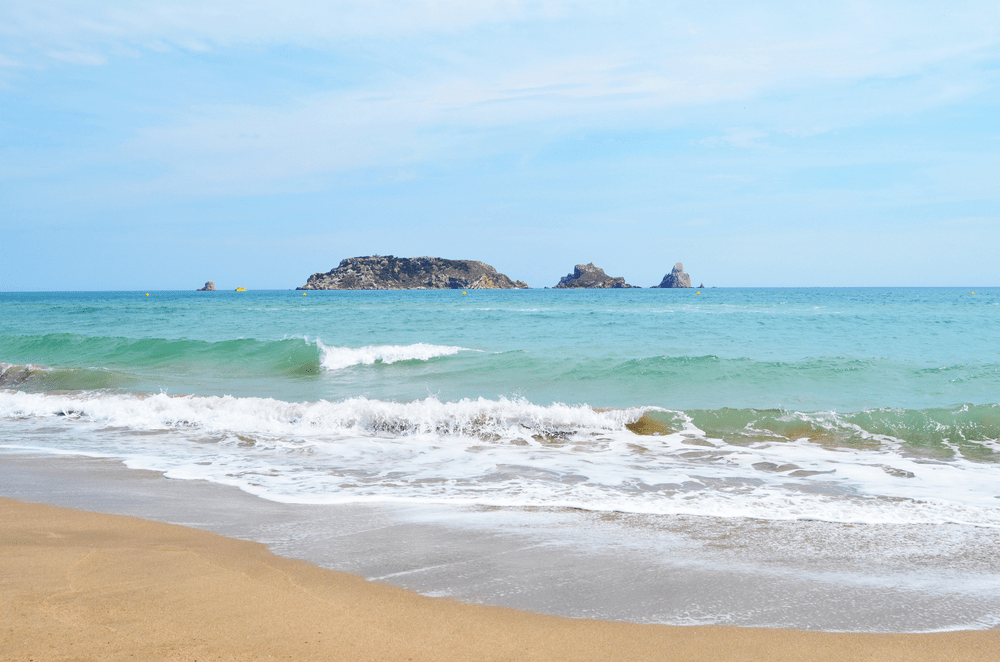 The Illes Medes is a small and craggy group of seven islets in the northwestern Mediterranean Sea. Administratively, the Medes Archipelago belongs to the Baix Empordà comarca, Catalonia

There is no doubt that the conditions for snorkelling in the Medes Islands are unbeatable, and even more so on the seven small islets of l’Estartit, on the Costa Brava. This small archipelago became a protected marine reserve in 1990 and since then it has developed an amazing variety of native flora and fauna.

The place is not populated and its crystalline waters offer great visibility to contemplate a real open sea aquarium, as well as its enormous diversity of fish, such as: grouper, imperial bream, sea bass, common skate or red mullet. 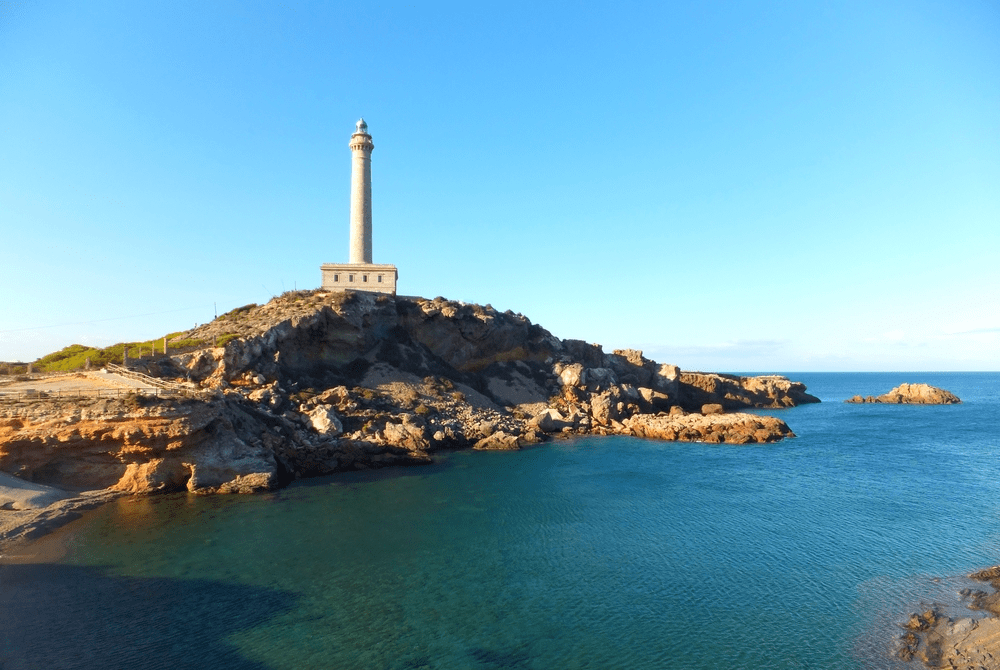 Cabo de Palos is a cape of Cartagena well known for its lighthouse and for its proximity to natural environments such as the Regional Park of Calblanque, Monte las Cenizas and Peña Águila and the Mar Menor. This area of Spain has an exceptional seabed, favoured by its privileged climate. Its own Marine Reserve makes snorkelling in this area extremely attractive, as you can enjoy a real biological diversity and very well preserved seabed.

The beauty of Cabo de Palos is considered one of the best places in the Mediterranean for snorkelling scuba diving. Here, it is possible to find various centres that guide visitors to enjoy these sports, providing them with the necessary theory and equipment.