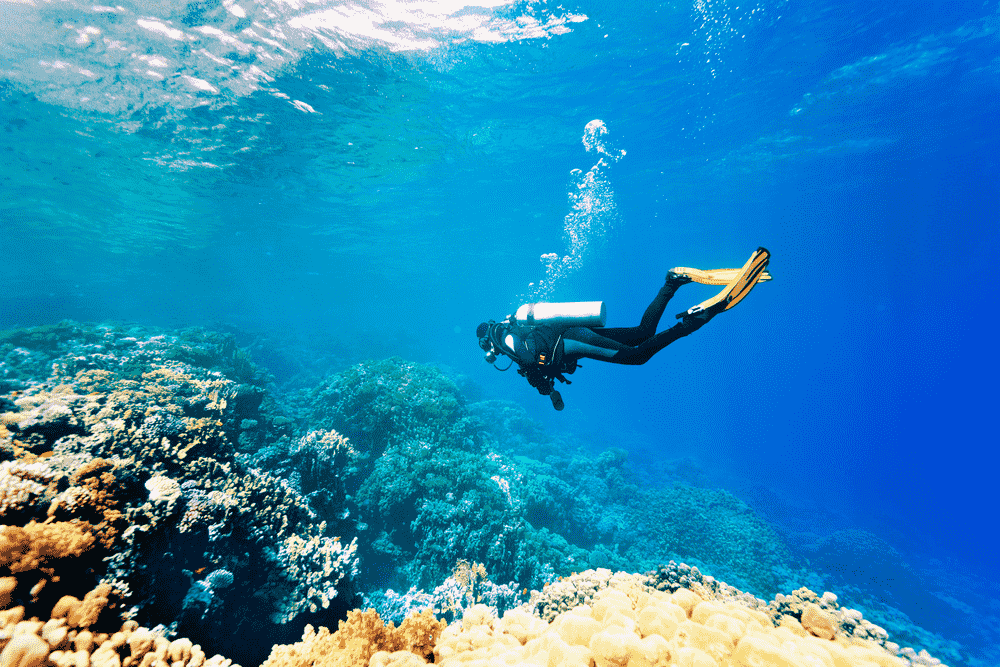 If you are an adventurous person and diving is your passion, or you just want to get started in this fascinating world, you should know the best places to dive in Spain.

At Open Water La Herradura we are a PADI 5 Star certified centre and we have a long history of teaching diving courses and carrying out a multitude of aquatic activities, which allows us to know perfectly the characteristics of the seas and oceans that surround us. Therefore, so that you can live unforgettable experiences, we recommend the best places to dive in Spain. 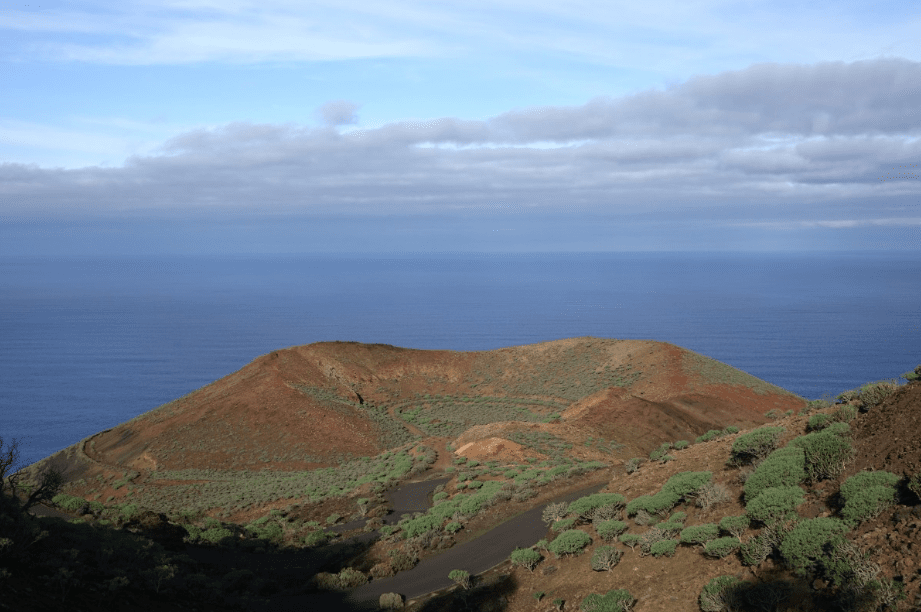 If you like places with crystal-clear waters, you have to dive in El Hierro, as its clarity is astonishingly clear down to 50 metres due to the low level of waste dumping. Given its volcanic origin and shallow island shelf, depths of up to 300 metres can be reached within a few miles of the coast. As a result of the volcanic eruptions that took place in 2011, its seabed has regenerated, giving rise to a particular biodiversity and a unique underwater landscape full of life. 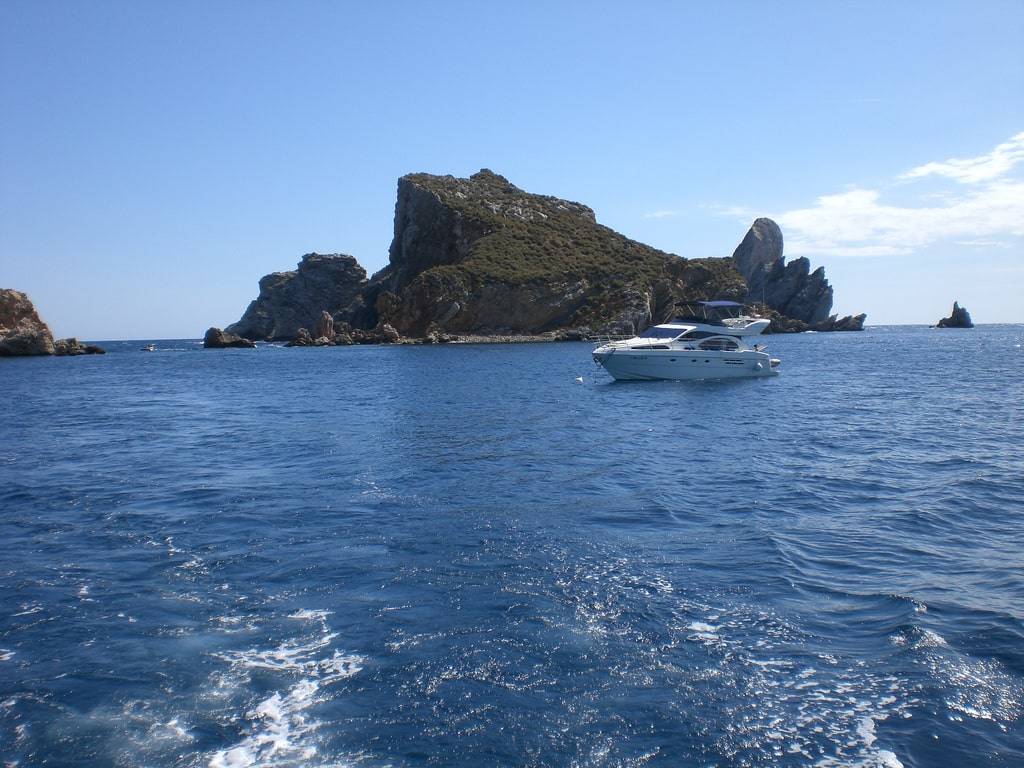 Keep in mind the marine reserve of the Medes Islands in Girona, because they are one of the Spanish diving destinations par excellence. There are more than 15 diving centres and you can observe a great diversity of underwater flora and fauna while following routes among corals and kelp forests. In addition, you can find dives as representative as Dofí Nord, Pota de Llop, Cavall Bernat and Les Ferranelles. Since June 2010, this archipelago made up of seven islands has been considered a Protected National Natural Park. 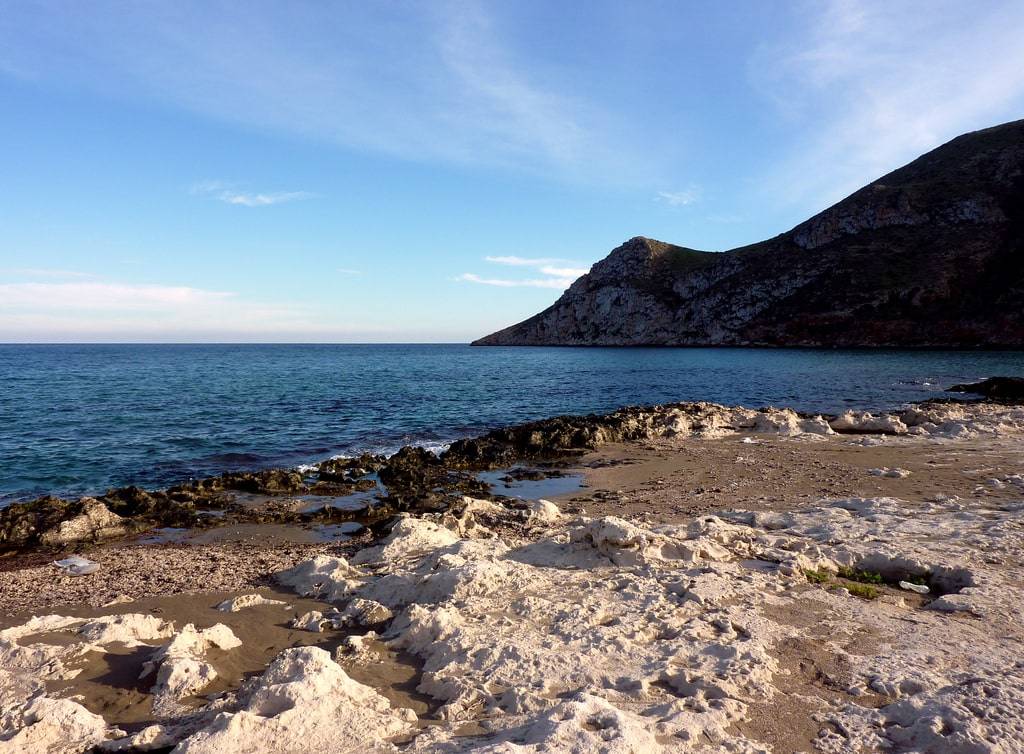 Continuing with the eastern part of the peninsula, we come to the area of Murcia. Cabo Cope is a place with great underwater richness, where we can find colourful caves, rocky bottoms and Posidonia oceanica, which is an aquatic plant. It also stands out for having artificial reefs created with sunken fishermen’s boats tied by ropes, so that any diver can move around comfortably and achieve a greater diversity of fauna and flora. 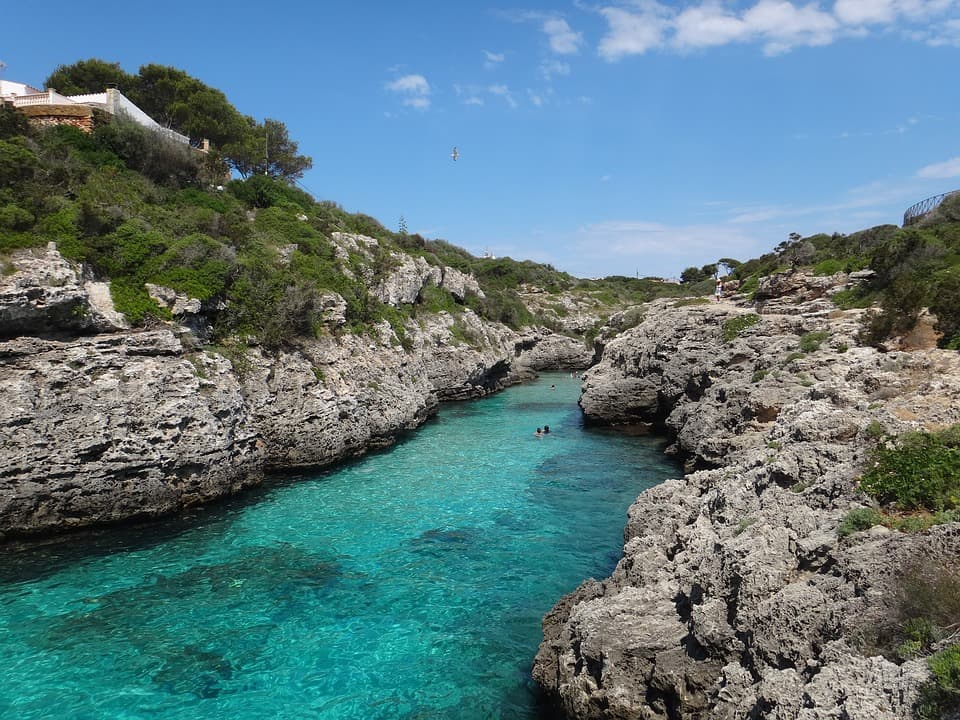 One of the best places to dive in Spain is the Balearic Islands, but you should know that the most representative dive site is in the northern part of Menorca. Here the visibility is enormous, reaching up to 50 metres, and its dives are characterised by its striking underwater caves and grottoes, some with air pockets in which you can emerge. If you choose this area, don’t miss Platja de Cavalleria beach or the Fornells Marine Reserve, where you can make incredible dives to enjoy the abundant underwater life. 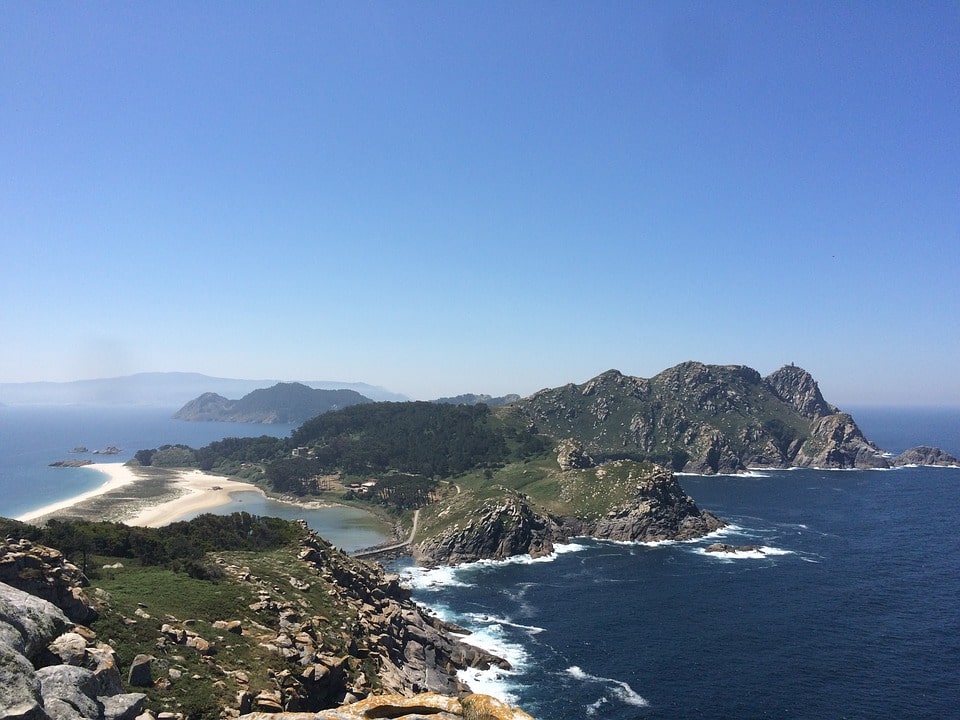 If you want to go to the north of Spain, one of the best diving areas are the Cíes Islands, in the Atlantic Islands National Park (Galicia). Thanks to the location on the map and the oceanographic conditions of the Cíes Islands, there are many habitats rich in nutrients where you can observe a wide variety of marine flora and fauna communities, such as forests of brown algae, with species of up to 2.5 metres, among which octopus, crabs, lobsters, conger eels… You can also find forests of anemones, populated by sea urchins and seahorses. 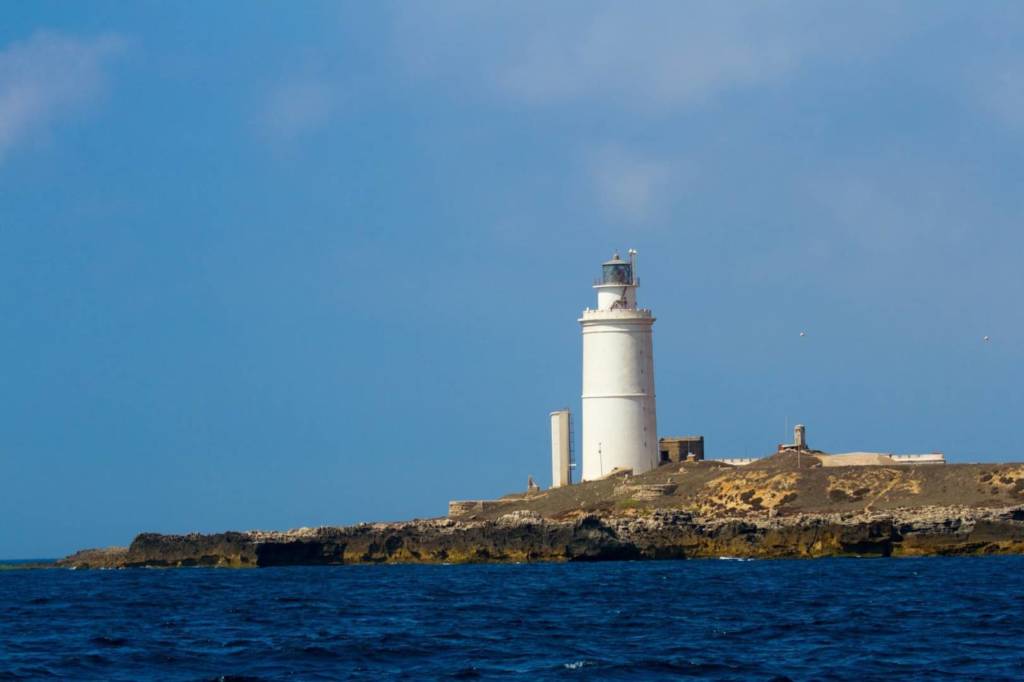 Lately, another of the most popular options for scuba diving is Tarifa.  It is a magnificent stretch of coastline marked by the strength of the winds and a wealth of underwater caves. In this area you can contemplate the migratory passage of whales, dolphins, turtles and sharks between the waters of Europe and Africa. Nor can you miss the San Andrés wreck, a steamship that sank after colliding with an English warship. However, it is essential to check the tide and wind conditions before diving. 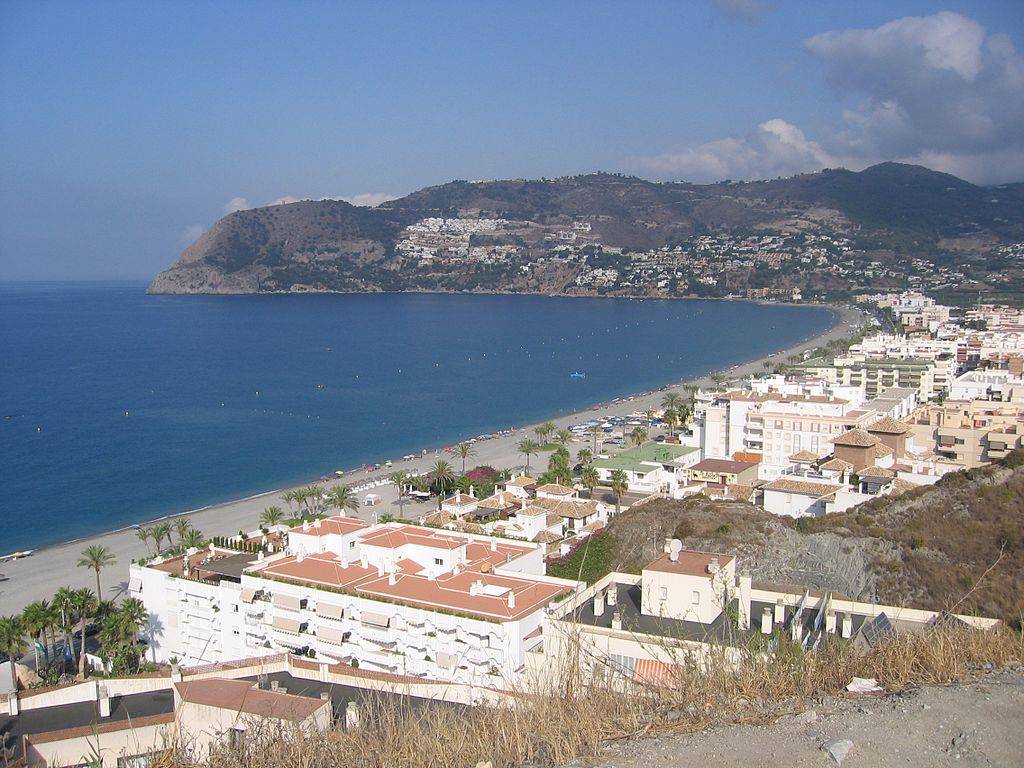 Before finishing, we could not leave without recommending our beloved bay of La Herradura, in Granada. This area has a multitude of walls and coves inhabited by a wide variety of species, such as hard and soft corals, cephalopods, nudibranchs and conger eels. There is also the presence of fish such as groupers, carangids and the famous sunfish, the heaviest bony fish in the world, with an average weight of 1000 kg. In addition, the climate is ideal all year round, so as well as diving, you can enjoy the incredible landscapes offered by the Maro-Cerro Gordo Cliffs Natural Park.

At Open Water La Herradura we advise you on the best places to dive in Spain. So, if you feel like having a unique and unforgettable experience, don’t hesitate to dive in one of the places mentioned above, you won’t regret it!