Things to do in La Herradura

HomeTendenciasThings to do in La Herradura
Posted 26 April, 2021

Things to do in La Herradura 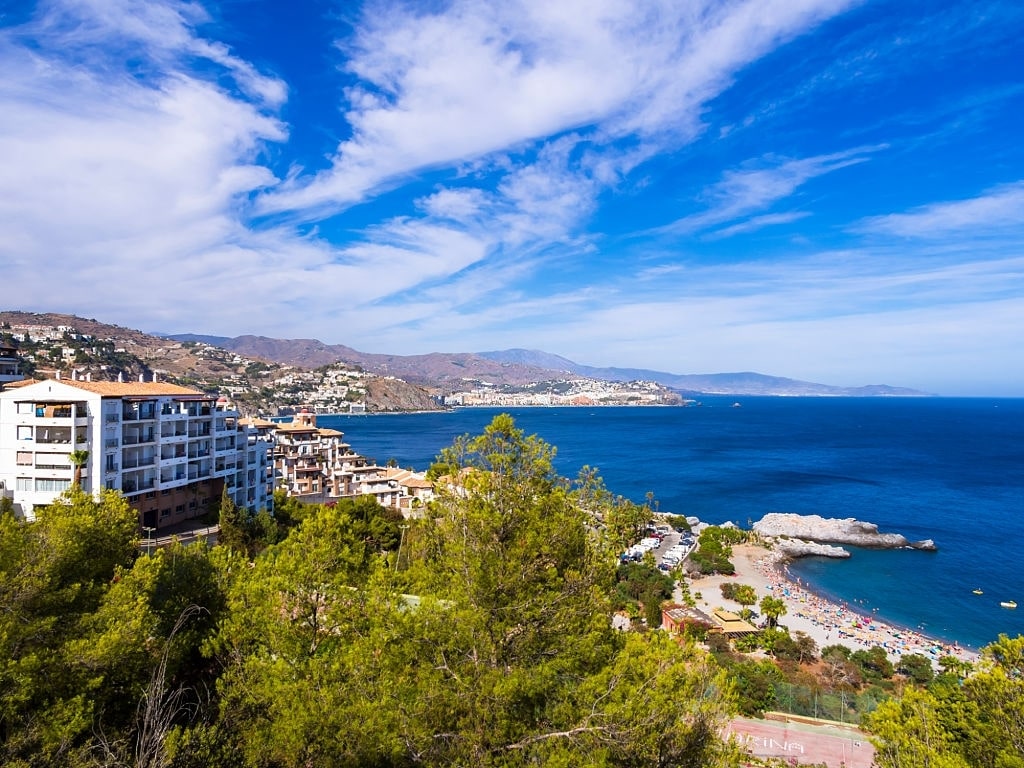 Our diving centre, Open Water La Herradura, is located in this town on the coast of Granada. La Herradura is mainly known as a destination for beach tourism, as well as being a must for diving enthusiasts. However, in this place in the south of Spain you can enjoy many different activities. If you need a little guide of things to do in La Herradura, continue reading this article.

Tourism in La Herradura: what to see in this paradisiacal place

First of all, you should consider that La Herradura is a small town of just 3,000 inhabitants, very close to the town of Almuñécar. It is located in Granada, in the province of Andalusia. It stands out for its water activities or its marinas, as well as its famous beaches.

Sandwiched between the Cerro Gordo and Punta de la Mona ledges, which embrace it creating a natural horseshoe-shaped bay – what else could it be? – the beach stretches for 2 kilometres. The area where the beach is located was declared a Natural Park in the 80s. You will be surprised by its numerous beach bars where you can enjoy the local gastronomy, as well as its endemic vegetation and fauna, which extends towards the slopes of the mountain range.

Despite being tiny, La Herradura will win your heart. And this time it does so from its own heart: the one that beats in the narrow streets of its historic quarter. A place that gives way to silence and tranquillity.

Here it is time to wander through narrow passages and cobbled streets. Areas where there is no traffic at all. The leisurely life that we like so much in the south. Whitewashed houses, flower pots, carefully decorated façades… The atmosphere is magical and we love it.

Another nice place to visit is the small Ermita which is situated in the middle of a pine forest at the top of the Punta de la Mona neighbourhood and has fantastic views from its nave of the Peñón in Almuñécar.

At the eastern end of La Herradura in Calle San José is the parish church of San José, just a few metres from the Paseo Andrés Segovia and the beach. The church is well worth a visit. It is small and simple but very beautiful and very well preserved. From here you can take a stroll through the winding streets of the upper part of the “old town” of La Herradura.

Finally, don’t miss the Castle of La Herradura. It is located at the western end of the village a few metres from the beach and surrounded by palm trees. The monument was built in the 18th century during the reign of Carlos III. It was built around 1768 as part of the coastal surveillance and defence strategy of the time, along with the towers of Cerro Gordo and Punta de la Mona.

Another of the places you will remember forever. This is a series of coves and cliffs with a 250-metre drop, eroded by the force of the sea. In this same complex, you will find beautiful beaches, such as Playa del Cañuelo with its crystal clear waters.

At the top of the large Cerro Gordo peak there is an ancient Roman and later Arab watchtower from the 16th century. It was once used as a defence tower to protect against pirates and corsairs who constantly attacked the area of La Herradura. Before that, the Romans used it for their communication system to Rome. The tower itself is in relatively good condition and can be reached on foot.

The best thing about this place is that you will be able to get to know numerous species thanks to the boat trips on offer. You will be able to enjoy both the flora and fauna that inhabit the depths of the sea. Sponges, lobsters, shrimps, spider crabs, orange coral and other species of great importance.

Another place of interest to see in La Herradura is its marina. Located in the natural enclave of Punta de la Mona, you will find tennis courts, swimming pools, children’s playgrounds, hairdressers, gyms and even spas in one of the luxurious aparthotels that are located in the resort. In addition, you will be able to taste dishes based on the Mediterranean diet with Andalusian features such as paella, black rice and fresh local fish.

The corals and the underwater richness are the highlights when it comes to scuba diving.  In La Herradura there is a microclimate that allows us to enjoy higher average temperatures for longer periods of time. A fact that favours the practice of diving throughout the year. Furthermore, if there is one thing that characterises the area of La Herradura, it is the large number of dive sites. Experts and beginners alike have their place in this tropical paradise. There is no doubt that scuba diving is one of the best things to do in La Herradura.

You should consider that in La Herradura there are several companies that offer this activity. You can try a diving baptism or take the Open Water Diver course, ideal to start from scratch and be able to dive to a depth of 12 or 30 metres.

Things to do in La Herradura and surroundings

The best thing about La Herradura’s location is that you can also enjoy many other activities in the surrounding area. For example, if you visit La Herradura in winter, you can go skiing in the more than 100 kilometres of the Sierra Nevada, or you can even escape to the province of Malaga. There is no doubt that knowing what to do in La Herradura is important before setting off on your trip.